4 Key Differences Between Tennis and Pickleball 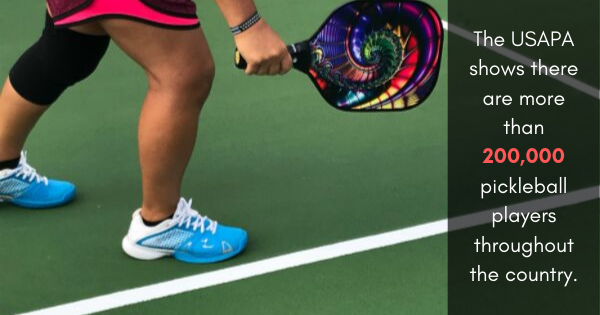 When it comes to sports, tennis is one of the most popular choices. Tennis takes a significant amount of practice and skill to excel at, but it's fun nonetheless. And with tennis being so popular, the new kid on the block, Pickleball is catching up in popularity fast. The USAPA shows there are more than 200,000 pickleball players throughout the country. But while tennis and pickleball are similar in some ways, they are also very different -- so let's take a look at a few key differences between these two sports.

The ball: Most people would be able to recognize a tennis ball -- a round, usually bright yellow ball covered in a felt-like material. But pickleballs are quite different. They're smaller, usually around three inches in diameter, and they're made of plastic. And unlike the recognizable color of a tennis ball, there aren't any color requirements for a pickleball.

The court: While both courts feature similar features, like a net, benches, a racquet cart, and court markers, tennis courts are much larger than pickleball courts. Tennis court nets and pickleball nets are similar, aside from the size difference. And while tennis players are allowed to volley from anywhere on the court, pickleball players have to stay out of a designated non-volley zone on the court.

The rules: Obviously, the rules of these two games differ significantly. Without going into too much detail, some basic differences include the scoring system and serving styles. In pickleball, players are only allowed to serve underhand, while tennis players can serve either overhand or underhand. And as for the scoring system, pickleball players can only score if they served and games are played to 11 points.

The racquets: Tennis racquets feature a surface made of woven string to allow players to easily bounce the ball off of them. On the other hand, pickleball paddles are much smaller and are solid -- they are usually made of materials like wood or composite. Each racquet or paddle is designed to effectively hit the designated ball for the game.

As you can see, there are quite a few big differences between pickleball and tennis. But while they may be different, they're both a lot of fun to play. So if you're interested in building or upgrading your court with new nets, benches, or other court accessories, contact All Star Tennis Courts for more information.