Master These Shots and Strategies To Win at Pickleball 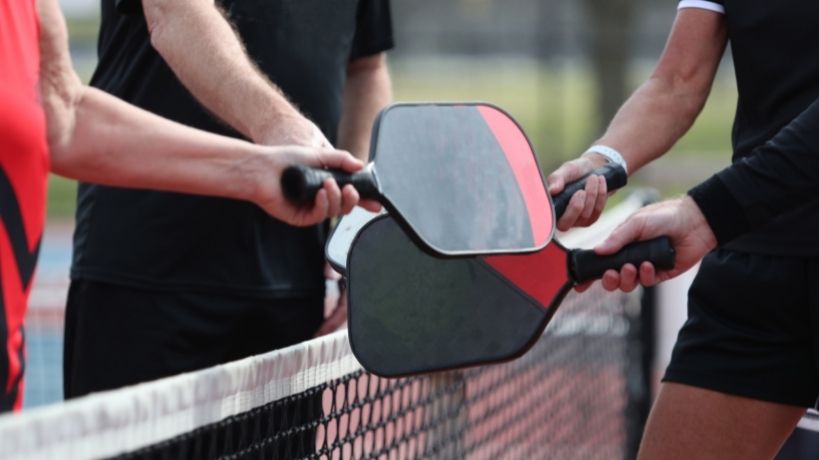 When you’re becoming more confident in the rules of pickleball, your focus shifts toward winning. Master these shots and strategies to win at pickleball more often.

Doubles is the most common way to play pickleball. The consequence is that experienced players typically have a sounder strategy for playing in pairs, so coordination and court awareness are the skills to develop for players looking to improve.

Hitting down the middle is one of the best ways to win against an uncoordinated team. Players who have not decided who handles shots down the middle are anxious about collisions or forced into making a split-second decision, so take advantage of that gap and delay.

It can be tempting for doubles team members to remain near the baseline to add to their view and help them resist the urge to hit a ball before it bounces a second time. However, it is more effective to keep one player within reach of the kitchen (or non-volley zone) and the other near baseline. So long as the gap is kept small, having designated areas for each player can create a tighter game.

Singles can often be more intense and focused than doubles, especially for new players, but unique strategies can come into play when you’re the only one on your side of the court.

Mastering the drop shot is one of the most important moves for singles games but perfecting a drop shot isn’t as important as growing out of the lob. Lobs are easier to hit back and open you up physically, making players less able to respond to a quick return.

Drop shots, on the other hand, are light and aimed at the kitchen. These give you time to recover and move as your opponent adheres to the double bounce rule, setting you up for a deeper shot in the long run.

If your opponent can guess your shot patterns, they can better play around them and win. Before trying to figure out their preferred shots, have a variety of shots based on court position in your arsenal to keep your opponent on their toes.

Improvement is best measured by how you felt while playing. If the rules are becoming clearer and you’re avoiding faults, that progress will mean more than winning games. When the game is becoming less stressful physically, that is another moment of growth to celebrate. Focusing on incremental goals and competing with yourself rather than your opponents will improve your play in the long run.

Mastering these shots and strategies isn’t all you need to win at pickleball. Practice is the only way to perfect your game. One of the best ways to keep up a practice routine and advance your game is to invest in portable pickleball nets that allow you to play on any court. Choosing a durable, lightweight net that’s easy to set up enables you to focus all of your energy on gameplay.