The Basic Rules for Pickleball 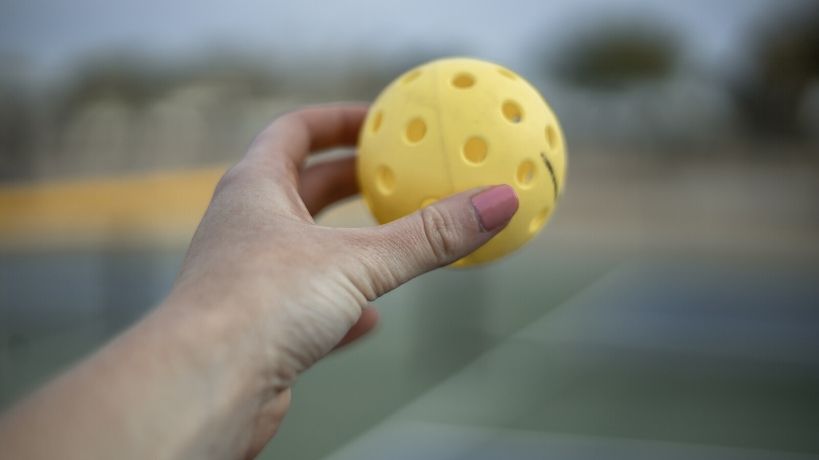 Pickleball is an easy-to-learn combination of tennis, table tennis, and badminton. You can play it with singles (1v1) or doubles (2v2), whichever suits the number of players you have. At the end of the day, no matter how many people you play with, the rules remain the same. This guide will go through the basic rules for pickleball so you can start experiencing this fun outdoor activity this summer.

Pickleball is typically played until one team reaches 11 points. That being said, the winning team must win by at least two points. In pickleball, the only time a team can earn points is during a turn in which they’re serving. To properly serve, the ball must be hit with an underhand swing, with contact between the ball and paddle occurring at waist level. Also, both feet should be behind the backline whenever you’re serving.

During a serve, the ball must be hit diagonally from the server and land within the coordinating service box. In other words, if you serve from the right-hand corner, you should be trying to send the ball to the opponent who is on your left.

A fault for the receiving team occurs when the serving team scores. However, a fault for the serving team consists of events like a side out. A fault can happen in a number of other ways as well: when a volley lands beyond the nonvolley zone or the ball touches the nonvolley zone after a serve, when the ball lands out of bounds, when the ball fails to clear the net, or when a volley occurs in the service box without hitting the ground once.

When it comes to the rules of hitting the ball back and forth, it’s important to know about the double-bounce rule. This rule states that, for both the receiving and serving team, the ball must bounce off the ground once before the first hit can happen. After this, the game continues with basic volleying guidelines, which means that you can hit the ball normally when you’re in a service box.

However, you cannot volley when inside the nonvolley zone, hence its name. The nonvolley zone is the seven feet of empty space on both sides of the net that stretches between the player’s service box and the net.

Now that you know the basic rules for pickleball, you’re ready to give it a shot. But if you want to play, you have to get the right gear for it. At All Star Tennis Supply, we can provide you with equipment such as portable pickleball nets so you can start playing this popular game with ease.