The Origins and Beginning of Pickleball

Posted by All Star Tennis Supply on 1st Jun 2022 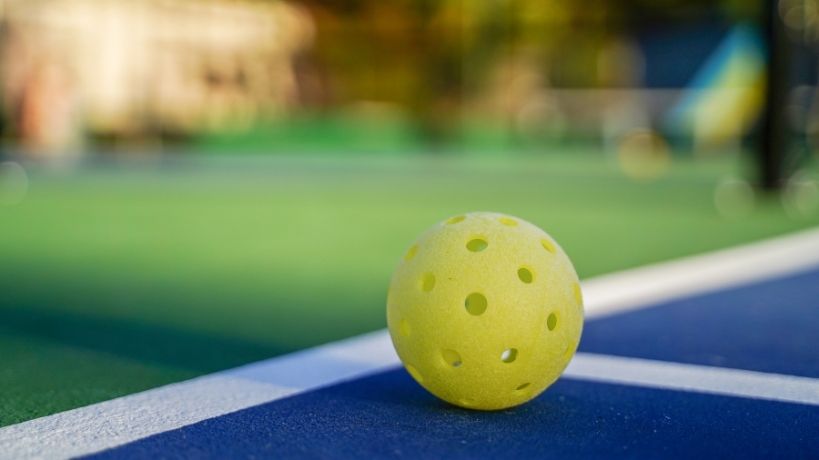 Pickleball is a relatively new sport with interesting and humble beginnings. An activity born out of family boredom has grown into the popular sport it is today, with thousands and thousands of devoted fans and players. Here we explain the origins and beginning of pickleball.

Pickleball is the creation of Joel Pritchard, Bill Bell, and Barney McCallum. On a summer evening in 1965, Bainbridge Island residents Pritchard and Bell returned home after a game of golf to find their children complaining of boredom. They decided to take the children to play badminton at a local court. However, they couldn't find all the proper equipment for badminton, so they chose to improvise. They used a Wiffle ball and ping pong paddles as rackets. The following weekend, McCallum joined them to play. Together, Pritchard, Bell, and McCallum developed the rules for what is now known as pickleball.

How Pickleball Got Its Name

There is a bit of speculation surrounding the game's name, but there are a few favorite stories that the original creators have shared. According to Barney McCallum, the game got its name from the Pritchard family's dog. The dog's name was Pickles, and as it's told, he loved to run around and chase the Wiffle ball that they used for games. Thus, the name pickleball was born. However, according to Joel Pritchard's wife, Joan Pritchard, the game got its name because the mismatching of different sports to create the game reminded her of the "pickle boat" in rowing which was the boat that all the leftover oarsmen would use.

The Rise of Pickleball

By 1967, Pritchard installed the first permanent court for pickleball in the backyard of his neighbor, Bob O'Brian. After that, the sport began to gain popularity as more and more people began to play. McCallum created the first corporation to manufacture pickleball kits in 1972. In 1975, the National Observer published the first-ever article written about pickleball. The first tournament for the sport took place in 1976 in Tukwila, Washington, at the South Center Athletic Club. The first rulebook for pickleball came out in 1984, put together by the United States Amateur Pickleball Association. Then, in 2005, the USA Pickleball Association was finally established.

Now you know the origins and beginning of pickleball. Check out All Star Tennis Supply for all your pickleball equipment and needs, including portable pickleball nets.