What Is Proper Tennis Court Etiquette? 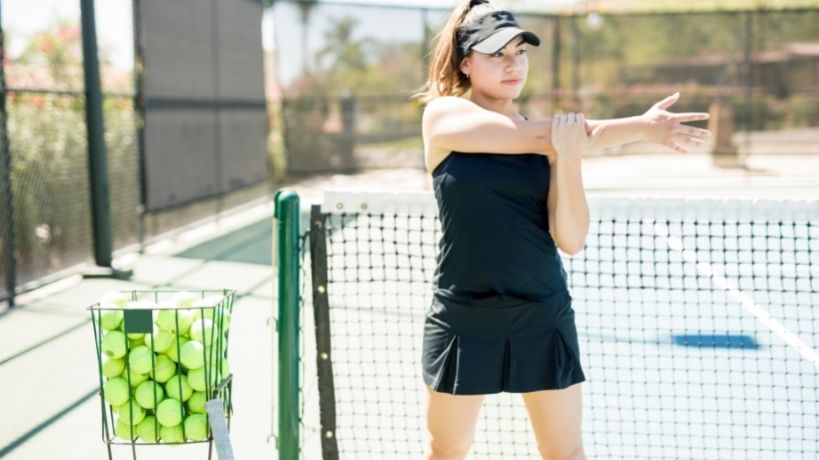 It's one thing to learn the rules of tennis, but it's another to understand the proper etiquette associated with the game. To play a fair game and earn the respect of your peers, you should always play a match with good etiquette in mind. But what is proper tennis court etiquette? Here is a brief guide to some cornerstones of good behavior on the tennis court.

Before a tennis match, you have a set amount of time to warm up. The official rules of the International Tennis Association and the United States Tennis Association specify that warm-ups before matches should not exceed five minutes. It is considered poor etiquette to abuse the length of a warm-up. So you should stick to the allotted five minutes to get comfortable on the court. Players typically use warm-ups to learn some of their opponent's strengths and weaknesses, so they'll hit various shots, such as serves, groundstrokes, overheads, and volleys. However, it's generally frowned upon to hit winners or put-away shots, as it is considered poor sportsmanship to try and “win” the warm-up.

Silence during play is another important piece of tennis court etiquette. Tennis matches take great concentration, so you should try to minimize any distractions. Talking, shouting, or making unnecessary noises during play may even cause you to forfeit a point. The serving player always keeps score, and should announce said score before each serve. During singles, there should be no communication whatsoever outside of this. However, you can communicate with your teammate during doubles matches, but only if the ball is coming toward your side of the court. nonetheless, you should remain silent if the ball is moving toward your opponent’s side of the court. Furthermore, when moving between courts, for example to retrieve balls, never walk behind another court while the ball is in play. Speaking of retrieving balls, you should always retrieve all of them, regardless of who brought them or who hit them out.

Good sportsmanship is proper etiquette for any sport, tennis included. One of the key components of good sportsmanship during tennis is how you call points. In doubles, only the player on the side of the court where the ball landed should call the point. If your opponent calls a ball out, do not argue. Arguing a point is unsportsmanlike, and takes you and everyone else on the court out of the game. If a point is truly questionable, the point should be replayed. One should also always shake hands with your opponent after a match. Even if you didn't play well and are frustrated with how the game went, it is still proper etiquette to go up to the net, look your opponent in the eye, and shake their hand. Finally, leave the court in good condition for the next group. Don’t leave gum or soda in the playing area, and clean up your balls and trash before departing. Sportsmanship includes those who come before and after you, too!

Now that you know proper tennis court etiquette, go out there and play a great match! Make sure to check out All Star Tennis Supply for all your tennis needs, including tennis court benches.